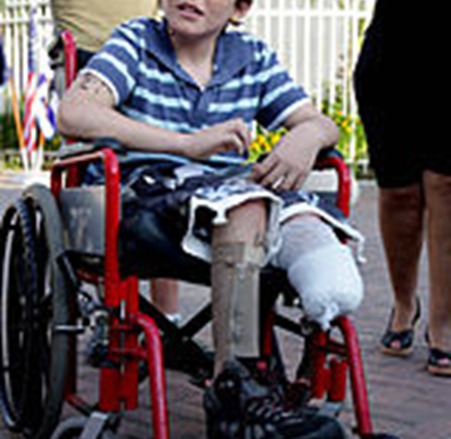 George Soros:  For three years, J Street's Executive Director Jeremy Ben Ami repeatedly and brazenly lied that billionaire anti-Israel tycoon George Soros was not a major J-Street funder and founder.  (Among other things, in a 2007 essay, Soros stated "I am not a Zionist" and condemned Israel, AIPAC, and the then-U.S. administration for refusing to recognize a Palestinian "unity" government with the Hamas terrorist organization, to be led by Hamas terrorist leader Ismail Haniya.)

In September 2010, Ben Ami was forced to admit that his prior statements about Soros were "misleading" and retracted his false statements after The Washington Times obtained a J-Street tax return, which showed that George Soros and his children Andrea and Jonathan Soros gave J Street $245,000 in 2008.  Ben Ami also admitted in September 2010 that the Soros family gave J Street $750,000 in 2008-2010 (an average of $250,000 per year).  Ben Ami (falsely) stated that this was 7% percent of the $11 million that Ben Ami stated that J-Street had taken in since its founding in 2008.  The Washington Times and J-Street's 2008 tax return indicated that the Soros contributions were about one-third of J-Street's receipts from U.S. sources.  Also, J-Street's subsequently filed 2009 and 2010 Information returns reveal that J-Street's 501(c)(4) 2008 through 2010 contributions only totaled $4.6 million (not $11 million as Ben Ami stated), which means that the Soros contributions were a much higher percentage of J-Street's contributions than Ben Ami admitted in 2010; Ben Ami had lied again.  In addition to their contributions to J-Street's 501(c)(4) lobbying entitly,  the Soros family also contributes to J-Street-PAC.

J-Street's Foreign "Mystery Donor" Consolacion (Connie) Esdicul:  J-Street's 2008 tax return revealed that this mysterious Hong Kong resident donated the generous sum of $811,967 to J-Street - which was over half of J-Street's total 2008 receipts of $1,611,311.  (See J-Street's 2008 Form 990 information tax return including donor information on Politico here.)   In 2010, J-Street Executive Director Ben Ami stated that Ms. Esdicul's contribution was "raised" by Bill Benter, and also admitted that Bill Benter was "a major supporter of and contributor to J Street."  Benter has a history of contributing to anti-Israel NGO's such as the misnamed "Rabbis for Human Rights" which consistently condemns Israel and ignores violent Hamas and Palestinian attacks on innocent Jewish men, women and children.

- Leaders of Muslim student groups; State Department officials (including Nicole Shampaine, Director of the State Department's office for Egypt and the Levant); and many others, including Arab individuals involvements in Arab organizations who were also on J-Street-PAC's influential finance committee, which required a minimum $10,000 contribution.  ​See Muslims, Arabs Among J-Street Donors, The Jerusalem Post, Aug. 14, 2009.

Would all these anti-Israel groups and individuals be giving large sums of money to J-Street if J-Street was truly a pro-Israel group?

J Street's Executive Director, Jeremy Ben Ami, served as senior vice-president of Fenton Communications which, in March 2009, signed contracts with a Qatari foundation to lead an 18-month-long anti-Israel campaign in the United States with a special focus on university campuses. The contract called for “An international public opinion awareness campaign that advocates for the accountability of those who participated in attacks against schools in Gaza.”

Ben Ami also previously was the Communications Director for the extremist left-wing New Israel Fund ("NIF," an NGO which funded numerous groups supporting BDS (boycott, divestment and sanctions) against Israel and other anti-Israel activities).  NIF is also a client of Ben Ami's consultng firm, Ben Or Consulting, discussed below.

Ben Ami is also the founder and 15% owner of "Ben Or Consulting," a company that provides "strategic guidance," PR and (false) "public information development" to extremist anti-Israel NGOs.  Ben Or works closely with and coordinates anti-Israel NGOs' activities.  For instance, Ben Or coordinated a press conference by 9 anti-Israel NGOs in January 2009 (during the Gaza war which was precipated by thousands of Hamas rockets targeted at innocent Israeli civilians).  At the conference, the NGOs accused Israel of "blatantly violat[ing] the human and humanitarian rights of civilians in Gaza."  See NGO monitor report and links therein.

In December 2010, the Washington Times reported that J-Street was paying Ben Or hefty consulting fees  (at least $56,000 during a six-month period).  Due to Ben Ami's principal roles in both groups, J-Street's payments ran afoul of ethical and possibly legal conflict of interest and self-dealing restrictions.  See Jewish group pays PR firm co-owned by its president: J Street ‘self-dealing’ seen as ‘very messy,’ (The Washington Times, Dec. 30, 2010)

like Ben Or's other clients (including J-Street), Yesh Din "exploits the language of human rights for political and ideological objectives, using methodologies and evidence that lack credibility."  Ben-Ami has worked closely with still other extremist anti-Israel "peace" groups.

“At a time when a million Israeli citizens have been living in bomb shelters for four days and four nights, have not gone to school or work and anxiously await the next siren, the terrorists firing on them are getting encouragement and support, not just from Iran and Hezbollah, but also from the left-wing Jewish American organization J Street … The anti-Israel and anti-ethical statement of J Street should serve as a warning for Israeli politicians and left-wing activists, including members of my party, against supporting and identifying with J Street, as they have done in the past.”
- Knesset Member Otniel Shneller, of the left-wing Kadima Party, "MK slams J Street for statement on Gaza," Jerusalem Post, March 14, 2012).

"J Street . . . calls itself pro-Israel and pro peace but . . . always seems to be taking positions that are anti-Israel and pro-Palestinian. . . . [I]t is imperative that J Street’s hypocrisy be exposed. . . . J Street invites BDS* supporters and those who oppose Israel’s right to exist as the nation-state of the Jewish people to speak at its events . . . J Street only wants people to hear views [of] the anti-Israel hard left . . . . It categorically refuses to allow its members to hear views that are more centrist and more pro-Israel, such as my own."

Above photo:  9-year old Israeli boy who lost his legs in a rocket attack on Israel by Hamas terrorists from Gaza.   J-Street gives aid and comfort to Israel's enemies who commit these heinous crimes, by, for instance, promoting the Goldstone report that falsely accused Israel of commiting war crimes against Hamas' constituents in Gaza.   Hamas' own charter calls for the murder of Jews.

"J-Street's claim to be pro-Israel is completely phony.  J-Street's goal is to destroy Israel."

J-Street is an organization giving cover to those “inherently opposed to Israel’s existence.”

In this video, Alan Dershowitz warns about J-Street's deceptive, divisive practices, funding by notorious haters of Israel, failure to support Israel regarding the Iran nuclear threat or on any other issue, and that J-Street is not a pro-Israel organization.

Israeli activist on video: J-Street is heavily funded by Muslims and other anti-Israel entities; J-Street seeks to destroy Israel.